This GRBR covers an area of approximately 700,000 hectares and extends from the coastline south of the George Airport, north along the eastern boundary of its neighbouring Gouritz Cluster Biosphere Reserve, along the coastline into the Eastern Cape to include Jeffrey’s Bay and St Francis Bay. The GRBR is located within the Cape Floristic Region along the southern coast of the country, and includes the Tsitsikamma, Goukamma and Robberg Marine Protected Areas, Wilderness Lake RAMSAR site, Garden Route National Park, the Nelson Bay Cave and the Langkloof Valley. The Garden Route National Park, the primary core area of the Garden Route Biosphere Reserve, also forms part of the Cape Floral Region Protected Areas World Heritage Site, inscribed by UNESCO in 2004.

The GRBR is divided into areas of biodiversity significance for incorporation into development planning. The core areas cover 31% of the GRBR, with 26% being terrestrial and 5% marine. The buffer zone accounts for 41% and the transition area 28%.  There are three Marine Protected Areas and a Ramsar Wetland site found within the reserve.

The GRBR is both socially and ecologically rich with approx. 500,000 inhabitants and a network of active social actors living and working within a biologically diverse natural habitat with great natural beauty that underpins a strong tourism economy in the region.

In this era of the Anthropocene, the region is threatened by climate change, increasing urbanisation and a multitude of land uses including associated waste, the spread of invasive alien species and unsustainable harvesting of natural resources.  These threats are coupled with a burgeoning population, high levels of inequality and unemployment, low skills levels and limited social capital. These social and ecological drivers threaten the sustainability of the region and have informed the GRBR key focus areas.

“Connected people and environments for enhanced diversity, cohesion and wellbeing.”

The quest for the Garden Route to become a model of sustainable and regenerative living is increasingly shared by civil society, land owners, the business community and local authorities. To pursue the journey down this road together, stakeholder groups need to work collaboratively toward the greater equitable good of the region. Our aim is for the Garden Route Biosphere Reserve to serve as an enabling platform for mutually beneficial partnerships, co-learning from one other, networking with Biosphere Reserves across the globe, and sharing experiences and best practices with others.

The primary objective of the GRBR is the promotion, advancement and fulfilment of the three inter-connected functions of a Biosphere Reserve namely:

The Garden Route Biosphere Reserve’s overarching strategy looks at the landscape through a social-ecological systems lens and considers our natural and social capitals, processes, our strengths, weaknesses; as well as drivers in the system and threats to our assets. This strategy now consolidates the Biosphere Reserve efforts into six key focus areas, namely: 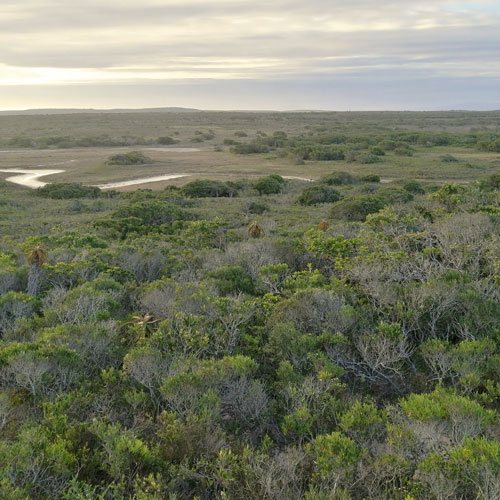 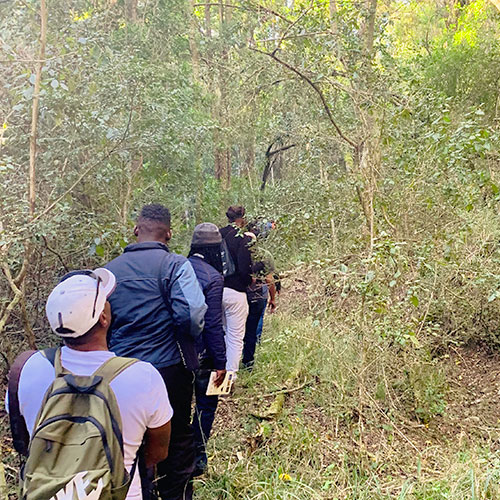 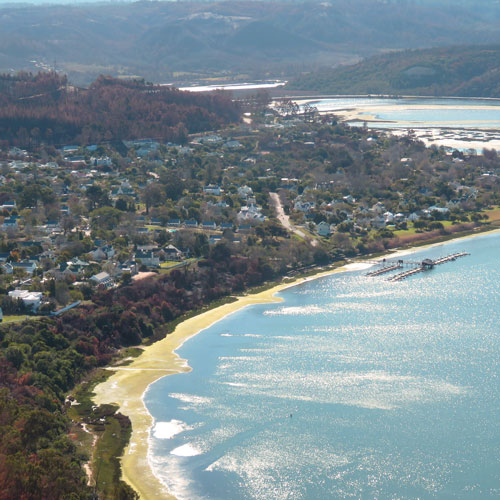 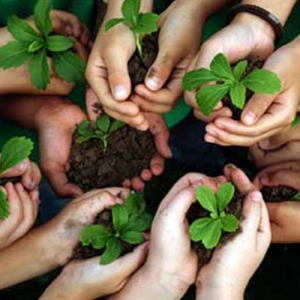 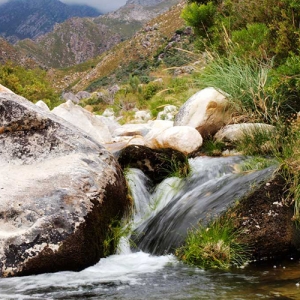 The management and governance of Biosphere Reserves means reconciling human activity, policies and technologies with the capacity of ecosystems and the biosphere to sustain life. Social-Ecological Systems (SES) science offers an approach to studying humans and nature as an integrated whole, to understand how values, beliefs and behaviours shape sustainable or unsustainable pathways. SES is an inter- and trans-disciplinary science, meaning that multiple sources of knowledge from professional, academic and public sectors are recognised, and incorporated in co-learning about adaptive and pro-active solutions that would enhance the success of biosphere reserves.

The Sustainability Research Unit (SRU) on the Nelson Mandela University, George Campus has now hosted several workshops – informed by  practitioners, researchers and other interested parties – to explore an SES research agenda for both the Biosphere Reserves in the Western Cape Province and the Garden Route Biosphere Reserve itself.

Outcomes reports from these workshops can be found on our Resources Page.

The GRBR hosted a first stakeholder engagement meeting on the 26th July 2019, inviting a diversity of stakeholders in the landscape to introduce them to the GRBR strategy and the various key focus areas.  To further develop these key focus areas, the GRBR will be hosting a series of workshops for each of the key focus areas in the coming period in order to lay the groundwork for the development of Key Activity Area strategies.

The workshops aim to bring together relevant and interested stakeholders to facilitate the formulation of working groups and stakeholder collaboration radon specific focus areas. The workshops provide a space for:

The GRBR plans to employ technical and professional services to be informed by the workshop strategy outcomes and work together with the working groups to identify a funder and develop proposal documents to raise funds for each key activity area.  Once funds have been raised for the key activity areas, workplans will be implemented, monitored and evaluated going into the future.

One of the challenges the Garden Route Biosphere Reserve currently faces is the capacity to be an implementing agent in the landscape.  Without funding for dedicated staff, we are limited to playing a co-ordination and facilitation role.  We therefore firmly acknowledge the need to work together with our stakeholders.  We ask how we can support and strengthen existing agents and action taking place.  I

The GRBR is in its early phases of development currently with a strategic direction encapsulated in the key focus areas.

The GRBR strategic direction has been informed and directed by the social-ecological drivers in the region while taking into consideration the GRBR limitations (co-ordinator vs implementor).  The next steps are to bring together stakeholders so that coordinated action and a unified common vision can be developed for the GRBR.

The GRBR has adopted a collaborative and participatory approach to further develop a mature strategy for the Biosphere Reserve together with stakeholders in the landscape.

We hope that our stakeholders see the GRBR as a mechanism to leverage support and funding for activities they are currently implementing in the landscape and to address the needs and gaps in the landscape.

WHAT REGIONS ARE INCLUDED IN THE BIOSPHERE?

MUNICIPALITIES INVOLVED WITH THE GRBR

Register your expression of interest to volunteer your time or services with the Garden Route Biosphere Reserve.

We are building a multi-disciplinary team of qualified professionals and committed volunteers to ensure that our regional efforts are collaborative and effective.

Subscribe to be notified about news, announcements and relevant stories.